Everyone has heard of 3D printer, but few people didn’t know how to assemble it.

“I have trouble with assembling my 3D printer kit. It’s hard to start…’

So FabLab Kobe β promised give her the opportunity to assemble them together. Named

And here is the report of the event!

When they found the 3D printer kit because there are many… almost 90. 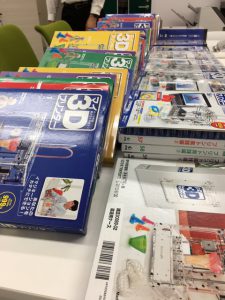 It looks long way to accomplish it.

We start to organize each parts and assemble them as tutorials. 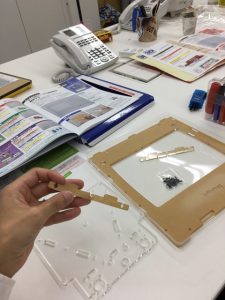 It’s hard to peel off. 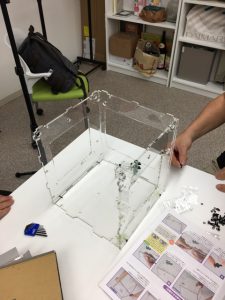 And also hard to recognize the front and back because of transparency. 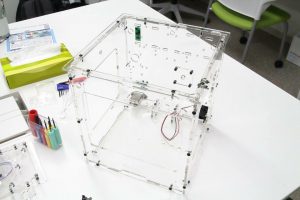 We can finally see the appearance, but still it’s just box.

please join us to accelerate project!